The system was designed and launched by the Metropolitan Washington Airports Authority’s Office of Technology in response to a congressional mandate for U.S. Customs and Border Protection (CBP) to implement biometric exit processes for commercial airline flights leaving the United States.

Launched on November 10, JetBlue is the first carrier to deploy veriScan in a one-step configuration—which allows passengers to board its flight from Reagan National to Nassau, Bahamas, using only facial capture technology. The new process now in use for JetBlue’s flight was able to board 93 passengers in just 10 minutes—an average of just 5.5 seconds per passenger for verification by both Customs and Border Protection and JetBlue’s departure control system.

“We are proud to partner with the Metropolitan Washington Airports Authority to introduce a one-step biometric boarding experience for JetBlue customers at Reagan National Airport,” said Ian Deason, senior vice president of customer experience for JetBlue. “This latest biometric offering builds on the success of JetBlue’s biometric boarding trials in New York, Boston and Fort Lauderdale, and we look forward to offering that same seamless experience to Reagan National travelers.”

Since its launch in July 2018, veriScan’s two-step functionality has been piloted in four airports with 18 airlines on 139 flights—processing more than 25,000 passengers while exceeding a 98.5-percent success rate. Several airlines at Washington Dulles International Airport, including United Airlines, Air France-KLM, Scandinavian Airlines, Emirates and Cathay Pacific now use the system daily to expedite passenger verification on departing international flights.

“The veriScan system has become a critical tool for our airline partners as we work to enhance safety, efficiency and convenience at the airport,” said Goutam Kundu, vice president and chief information officer for the Metropolitan Washington Airports Authority. “The biometric boarding system developed for use at Reagan National and Dulles International has gained the attention and support of other airlines and airports because it is cost effective, easy to deploy and allows passengers to board flights faster and easier than ever.”

About the Metropolitan Washington Airports Authority

The Metropolitan Washington Airports Authority operates the U.S. Capital Region’s gateways to the nation and the world, Ronald Reagan Washington National Airport and Washington Dulles International Airport, as well as the Dulles Airport Access Highway, the Dulles Toll Road and construction of the Silver Line project, a 23-mile extension of the Metrorail public transit system through northern Virginia. A record 46.6 million passengers passed through the two airports in 2017. 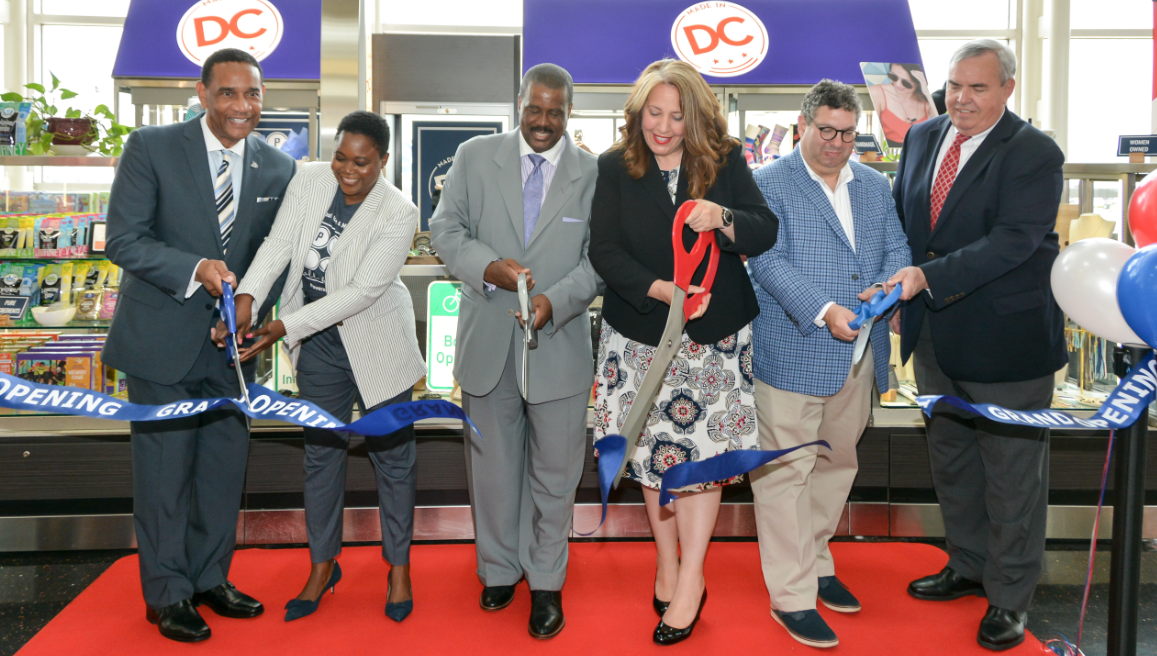 Made in DC Retail Pop-Up Comes to Reagan National Airport